Change Management has traditionally referred to the processes, procedures, tools and techniques applied in IT environments to carefully manage changes in an operational environment: change tickets and plans, approvals, change review meetings, scheduling, and other red tape.

In our context, Change Management refers to the guidelines we apply to manage changes in the operational environment with the aim of doing so (in order of highest to lowest priority) safely, effectively and efficiently. In some cases, this will require the use of elements from traditional change management; in most cases, we aim to build automation that removes those traditional aspects of change management to increase our speed in a safe manner.

Our overriding objective is maximize changes that avoid traditional aspects of change management, which is an iterative process that will evolve over time. Success is measured by our ability to safely execute changes at the speed required by our business needs.

Changes are defined as any voluntary, scheduled modification to the operational environment.

Deployments are a special change metatype depending on their scope and the effect they may have on the environment, as defined above. As we make progress towards CI/CD, we aim to turn all deployments into simple service changes.

Changes that need to be performed during the resolution of an Incident fall under Incident Management.

Operational Environments are currently defined as IllumiDesk.com and ops.IllumiDesk.net as well as supporting systems such as Prometheus.

Change Management is underpinned by trust: we trust ourselves to act responsibly when working in the operational environment and do everything in our power to safeguard its integrity and maintain its availability and performance.

To that end, we must develop a practice through automation that allows for safe changes. Our highest priority is always the integrity and reliability of the operational environment, which entails appropriate risk evaluation, quantifiable validation and verification, extensive communication, detailed auditing, and a focus on defensive coding.

Anatomy of a Change

At its core, changes implement the transitions that take the operational environment from its current state to a new state that yields the desired configuration. It is critical that we have a full and concrete understanding of both states, as they determine how the transition is planned and executed.

Change always begins with the current state of the environment, which is defined by both its actual state and the assumptions made about it. Predicting the ways in which a change will fail or yield undesirable results is, at best, an extremely difficult undertaking (if at all possible); it is outright impossible when our assumptions do not match reality, which is one of the primary sources of change failure, as the change will behave in unexpected ways under uncertain conditions, likely resulting in an incident.

All changes, without exception, regardless of complexity and whether they require a change plan or not, must outline, implement and codify pre-flight checks and post-verification checks. The automation's primary goal is to protect the environment. When exceptions are necessary, the author should document why this is the case, and the reviewer should approve said exception.

In general, three rules are critical to the successful execution of a change:

Pre-flight checks protect the operational environment by validating assumptions about the current state of the environment and provide the necessary gates to the execution of any change. If any assumption is proven to be incorrect through these checks, a change should either be halted or take corrective action: under no circumstances should a change proceed as originally planned when pre-flight checks are not successful.

Pre-flight checks should be coded into the automation and executed as the prerequisite step of a change. In essence, we are asking the question what must be true for the change at hand to execute successfully?

In determining what these checks should entail, we must focus on the assumptions implicit in the change. There are many examples of how to defensily protect the environment:

While pre-flight checks will likely have an effect on the speed of a change (both on our speed to implement changes and on the runtimes), failure has a far greater impact, especially on our users. When working on Infrastructure changes, safety is always prioritized over velocity.

Much in the way we must validte the current state of the environment and the assumptions we make about it before a change, we must always validate the new, post-change state and the assumptions made about it. We must explicitly quantify the desired results of the change.

Availability of Monitoring and Alerting Systems

Key to all pre-flight and post-verification steps is our monitoring stack, based primarily on Prometheus, Thanos and AlertManager (the monitoring service).

Additionally, most incidents are the direct result of change, either in the application, through deployments, or infrastructure changes. It is therefore imperitive that any elective change (ie, one not related to an urgent ongoing incident) requires the availability of our metrics platform.

If the monitoring platform is not functioning correctly, no change should be executed, unless it is being made to resolve an ongoing critical incident.

"no metrics, no changes."

Change Management helps us prioritize our resources towards changes that need to be made more resilient through defensive automation. Priorities are driven by two factors:

In these situations, we will focus on developing the necessary automation and safeguards to help teams and services move towards safe service changes in a timely fashion. Until then, all changes that fall under the two aforementioned categories are treated as maintenance changes.

All changes should have change plans. Planning is the way the infrastructure department assesses and mitigates the risks changes introduce. They generate awareness and are the focal point for scheduling, communicating, and recording changes.

Plan issues are opened in the production project tracker. Each issue should be opened using an issue template for the corresponding level of criticality: C1, C2, C3, or C4. It must provide a detailed description of the proposed change and include all the requested information in the template. Every plan issue is initially labeled ~"change::unscheduled" until it can be reviewed and scheduled with a Due Date. After the plan is approved and scheduled it should be labeled ~"change::scheduled" for visibility.

These are changes with high impact or high risk. If a change is going to cause downtime to the environment, it is always categorized a C1. Before implementing the change.

The EOC must be engaged for the entire time the execution

These are changes that are not expected to cause downtime, but which still carry some risk of impact if something unexpected happens. For example, reducing the size of a fleet of cattle is usually ok because we've identified over-provisioning, but we need to take care and monitor carefully before and after.

These are changes with either no or very-low risk of negative impact, but where there is still some inherent complexity, or it is not fully automated and hands-off

These are changes that are exceedingly low risk and commonly executed, or which are fully automated. Often these will be changes that are mainly being recorded for visibility rather than as a substantial control measure.

With change plans, we develop a solid library of change procedures. Even more importantly, they provide detailed blueprints for implementation of defensive automation. Adding on to the defensive automation, every change request that uses some sort of a script must have a dry-run capability, the script should be run in the dry-run mode and its output should be provided to the CR for review. Ideally, the planner and the executor should be different individuals.

Please consider the timezone UTC as the standard for all the changes.

The following table has the original schedule for changes based on the criticality level of the component :

Please consider the time slots on the calendar Production, to add change requests to Criticality 1 and 2. The other criticalities please add direct to the calendar.

If the change is executed by a script, it should be run from the bastion host of the target environment in a terminal multiplexer (e.g. screen or tmux) session. Using a bastion host has the benefit of preventing any unintended actions (e.g. caused by a script bug) from spreading to other environments. A terminal multiplexer guards against the possibility of losing connection to the bastion mid-change and the unpredictable consequences of it.

sudo is disabled on the bastion hosts, so you can copy your Chef PEM file to one of them, if your script requires it, without fearing it being snooped on.

A sequence of actions to run a script could look like this:

Maintenance changes require change reviews. The reviews are intended to bring to bear the collective experience of the team while providing a forum for pointing out potential risks for any given change. A minimun quorun of three reviewers is required to approve a ~S1 or ~S2 maintenance change.

Information is a key asset during any change. Properly managing the flow of information to its intended destination is critical in keeping interested stakeholders apprised of developments in a timely fashion. The awareness that a change is happening is critical in helping stakeholders plan for said changes.

This flow is determined by:

For instance, a large end-user may choose to avoid doing a software release during a maintenance window to avoid any chance that issues may affect their release.

To that end, we will have: 

While changes we make are rigorously tested and carefully deployed, it is a good practice to temporarily halt production changes during certain events such as IllumiDesk LiveStream, IllumiDesk Summit and days where LOA (leave of absence), due to holidays, is high in engineering teams. We categorize these special periods of times into two buckets:

Risks of making a production deployment during the said periods includes immediate customer impact and/or less engineering team coverage in case an incident occurs and has to be resolved immediately. Therefore, we have introduced a mechanism called Production Change Lock (PCL). We see the future of PCL as an automated process which, provided a time range, locks production deployments and releases the lock once the time expires. However, as the first iteration towards this future state we are starting with creating events on our Production Calendar so that teams are aware of the PCL periods.

The following dates are currently scheduled PCLs. Times for the dates below begins at 09:00 UTC and ends at 09:00 UTC.

There are 2 types of PCLs: soft and hard.

Soft PCLs aim to mitigate risk without halting all changes to production. Soft PCLs prohibit infrastructure changes with a criticality level of 2 or higher. In case of an emergency, the EOC should interact with the IMOC for C1 and C2 changes.

Hard PCLs include code deploys and infrastructure changes for every criticality level (see change severities). In case of an emergency, the EOC should interact with the IMOC prior to making any decision. It is at EOC and IMOC discretion to make a decision on whether a change should be approved and executed. If the change is approved, IMOC should inform the VPE of this decision. 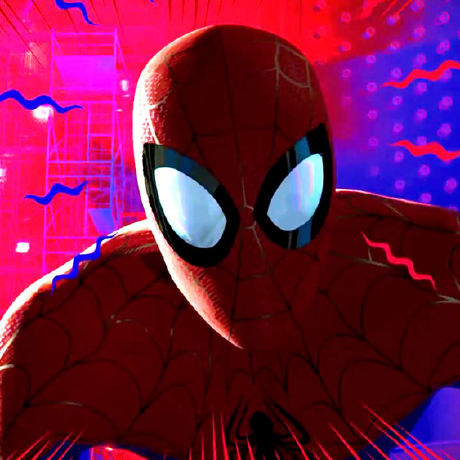